Have We Forgotten Empathy? 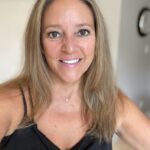 It seems at every turn, there is someone taking a stance against something these days. And if you don’t agree with them, you’re the devil. You’re a demon. You’re evil. Or worse yet…you’re a Trump supporter.

I’ve been called this (in joke) by someone because of my opinion of mass media. I also have opinions on censorship. Guess what? These are my opinions and no, it doesn’t make me a Trump supporter.

More so now than ever, it seems everyone is either left or right. Black or white. Hot or cold. I’m going on the record to say I’m not on any extremes. I personally gauge a situation, or a stance based on how I feel about it and what I research about it. I mean real research – scouring any and all published studies I can find about it. Nothing is about which extreme side I’m taking.

What has happened to empathy?

So now we all stare and judge when someone walks into a public area without a mask. Last week I had a test at the hospital, and I saw a couple of people in hospital without masks on. I refrained from judging, regardless of the fact that now we are conditioned to believe that without a mask, you could be doing harm to others.

Without a mask, you must be a Trump supporter…

I stop myself from judging because I have not blocked out one very important facet to my very own humanity – empathy.

I have seen social media fights with old friends on Facebook pages because one person says something different from the other. Threats to remove them from their friend group, despite the fact that they’ve known one another since high school. Why? Because that one person’s opinion is different, so that means they can’t be friends anymore? Since when are we not allowed to have a difference of opinion without vicious attack or a threat to no longer remain friends?

Here is another question. Why does everyone have to voice their opinion to indicate which side they are on? Especially if the topic is controversial. Why is it so important to tell everyone that you’re left, not right? Why do we now live in a society where everyone’s “side” must be shown and heard, only to be knocked down by anyone who doesn’t share that same opinion? Is it to ensure that there is a backing to what you believe in? That everyone has the same opinion so you feel reassured in your own opinion?

I get it. We all have an inherent need to feel loved, accepted and heard. Maybe this pandemic has increased this need? I can see that. The need to feel like we belong somewhere, vs drifting alone on our lonely, isolated, quarantine islands.

I’d like to share a story. My best friend from childhood is of Serbian descent. We have been friends since we were 5 years old. I am of Croatian descent. In the early 90’s, there was a civil war in Europe between Croatians and Serbians that many of the Serbians and Croatians who immigrated here, brought here to Canada. My best friend and I did not. Never ever did that war happening over there interfere with our friendship. We barely ever spoke about it. That conversation was off the table because we both understood that because of our heritage and family, we could never agree on this topic. We had empathy for one another, understanding this very fact. There was no desire to try to change one another’s opinion or insist that our own opinion is what’s right, and the other was wrong.

So…reflecting back on this example, I am hoping there is still hope for humanity. That we won’t continue to be so divided and so harsh with one another. That we can live in unity, despite opinions that don’t match. That we can ponder the other person’s stance, and understand, empathetically, why their stance maybe important to them.